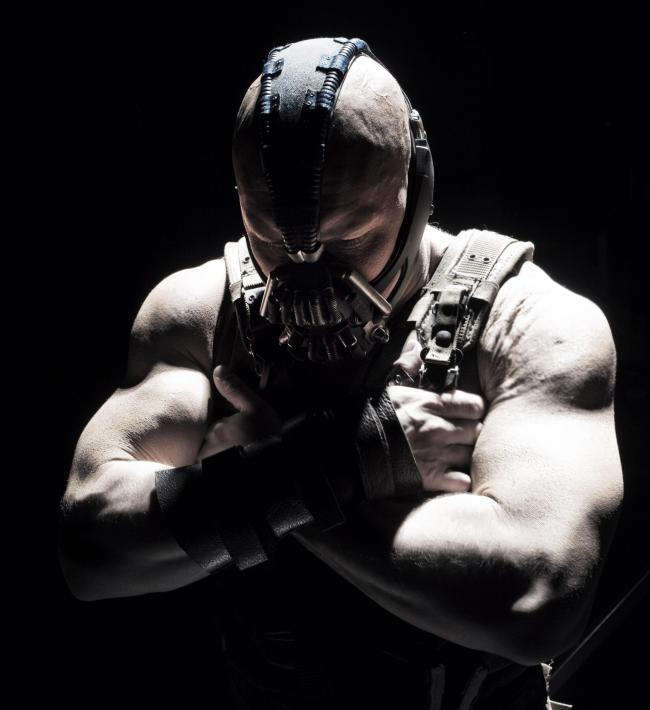 I happened to be watching The Dark Knight Rises again and it occurred to me that The Joker from the last movie gets all the praise (i.e. Heath Ledger’s epic performance).  But the League of Shadows produced a great movie villain in Bane – in my opinion (you never see Tom Hardy’s face as Bane in TDKR but he does a marvelous job). The Bane in this movie was dominant. He dominated Batman. He dominated the movie…the way he should have. Many people don’t realize the history of Bane.  He was haunted by Batman in the comic books and killed his first victim at 8 years old.  It was his fate to be the only person to “break the bat” as he did in the comic books and the movie.  This brings me to the Joker in the The Dark Knight.  You can watch that movie anytime and never get sick of Heath Ledger.  I think the fact that he died right after the film contributes to the mystique.  Both characters commanded both movies and made them what they were. Not to take anything away from Christian Bale. Had the Joker in that movie not been so legendary I think the Bane character in The Dark Knight Rises would be the benchmark of the series. Still, if you saw the movie like we did, the day after the Aurora Theater shooting, this Bane had perhaps even more mystique In the end. “It doesn’t matter who we are.”