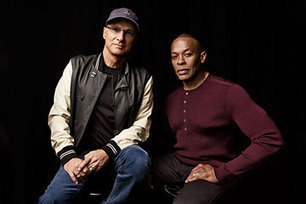 One of the nice things about being Jimmy Iovine is that when you call Dr. Dre, the world’s most famous hip-hop producer, he actually picks up the phone. That’s likely because the two have had a hab…