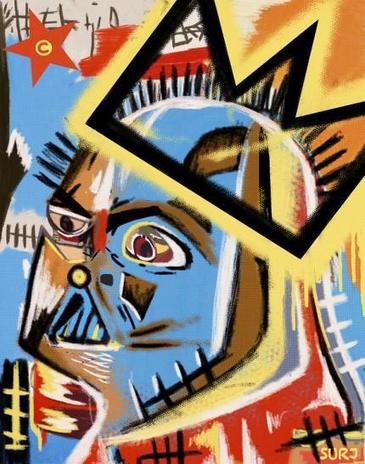 Title Samo Vader Artist Surj LA Medium Mixed Media – Acrylic On Canvas Description A high octane riff on Basquiat’s famous “Skull.” The colors define the piece, and hence, the colors are the main intention of this piece. It has a familiar feel, but is an entirely new vision on a wildly familiar and famous…